Still waiting for 100 doors 2013 updates? now we reach level 50, in this several level we need more time to complete because this game is getting difficult, not like earlier level that we can complete less than 30 second on each level, but now we can’t do it faster, sometimes we ask hint/clue with other player on Facebook. Gipnetix the developer of this game will create official 100 doors 2013 guide, may be it’s because some level have bug, or impossible for us to solve 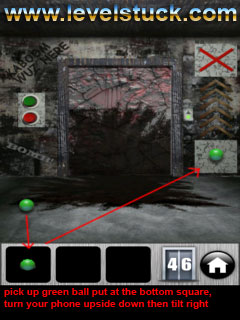 Level 46: pick up ball, put on the bottom square tap green button, put ball on the square again then turn your phone upside down and tilt right 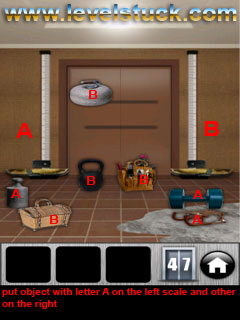 Level 47: you must make the scale balance, put object with letter A on the left and B on the right. 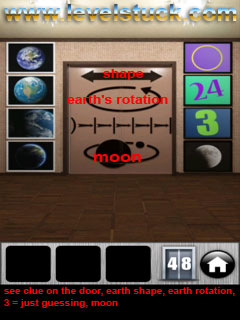 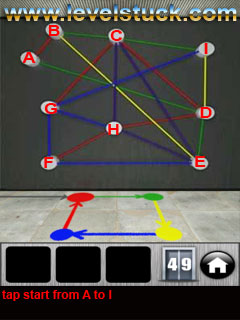 Level 49: see clue on the floor follow direction, this level have many answer and this is one of it, tap start from A to I. 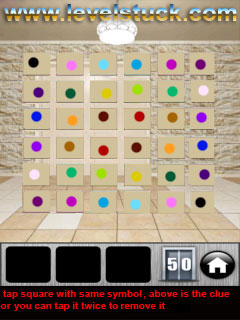 Well 100 doors 2 beta is not a difficult games, because we just complete