Are you looking for tablet with android 2.2 as the OS ? Well if you are then you are lucky because we’re gonna have a Google android 2.2 tablet review at this moment. But before we jump into the tablet review, it is better to know about android 2.2 OS. Android 2.2 or Froyo is one of android’s operating system. The update from version 2.1 in android 2.2 successfully make the speed of operating system to be faster than before. One of the most important update made by Google in android 2.2 are the app-to-SD and wireless hotspot services. App-to-SD is one of major change made in android because the app-to-SD makes it possible for you to place application from your SD card and you can run the application from there, which is an important and significant change.

And enough with the explanations of android 2.2, now let us start directly our Google android 2.2 tablet review. In this occasion, we would like to give some reviews on the MID M80003W tablet, one of the tablet that use android 2.2 as it’s operating system. MID M80003W tablet has an appearance of black and silver, black on the front and silver on the back. With the silver and black combination this tablet look rather simple and stylish at the same time. MID M80003W tablet  provide another option in the tablet category by providing a rather cheap android tablet compared to it’s competitor. 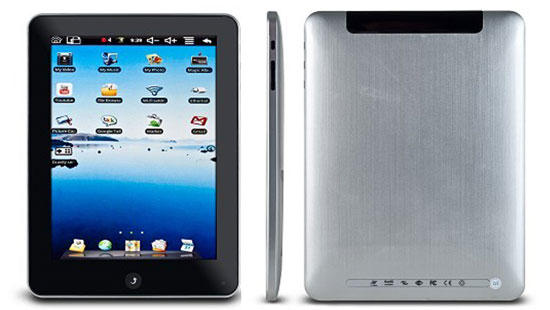 As for specifications MID M80003W tablet  use 800 MHz CPU, 258 MB RAM, 2 GB Internal Storage, 3G wireless, and a 8 inch touch screen that comes with 800 x 600 resolution. If we are looking at the specifications and doing some quick reviews the device is a bit on the slow side, compared to another tablet in the industry. If you are looking for a gadget with high speed performance and good processor then MID M80003W tablet may not be the best choice for you. But if you are looking for another alternatives of cheap android tablet in the market, then maybe MID M80003W can be on your considerations. 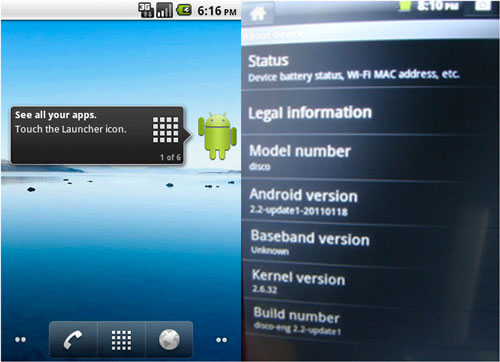