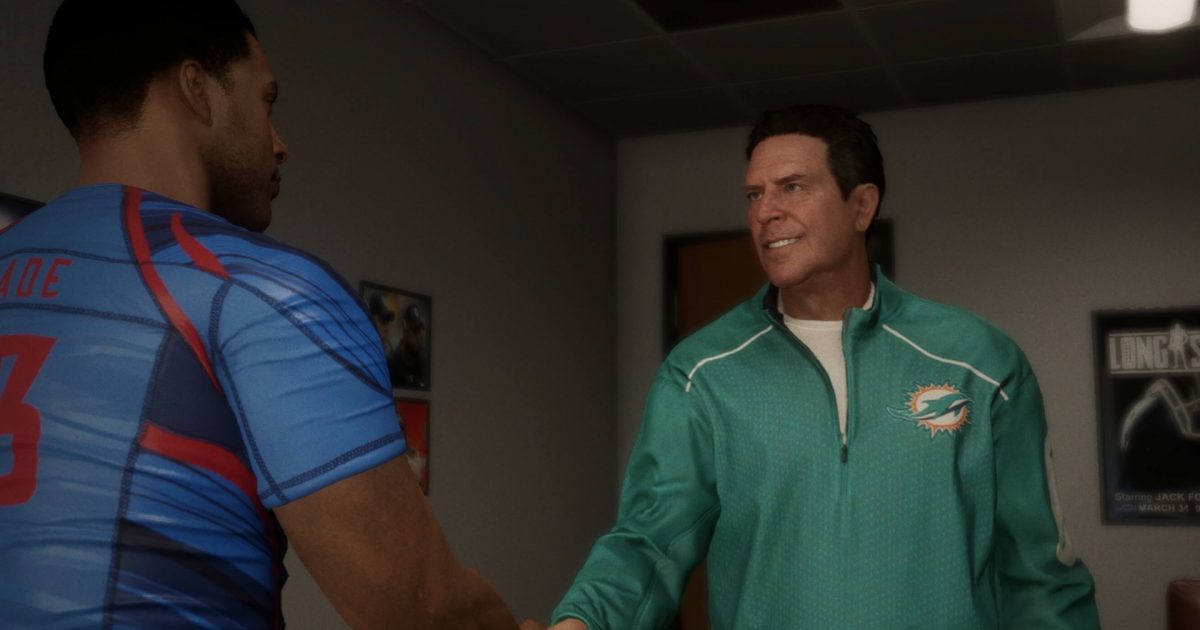 Dan Marino was a hell of an NFL quarterback. And who, of course, could forget his memorable cameo in Ace Ventura? Well, the legendary quarterback will once again test his acting skills, as he’s been tapped for a part in Madden 18’s brand new story mode, Longshot.

In the new mode, Marino will play, well, himself. He’ll serve as a mentor to Devin, the lead character who players will assume the role of. Not much is known about Marino’s character except that he “doesn’t always play by the rules.”

As for Longshot mode itself, players will play through the story of an NFL prospect’s road to the Draft — on and off the field. Devin Wade, played by JR Lemon, returns home to pursue his dreams and find football redemption. Player decision will guide Devin beyond his hometown of Mathis, TX on his quest to football stardom.

“After three years away from the game, play as former five-star high school quarterback, Devin Wade, as he takes one last shot to hear his name called on NFL Draft day.”