Ooi Chin Wah is the founder of Ancient Science of Cards, a company which  offers the ‘Cards of Destiny’ system. He has a BSc degree (HWU) and an MBA (Brunel, UK). He was a Naval Captain, an Engineer, and an owner of an  Education School during his early years in career. As time evolved, Master Ooi  came to know of his Grand Master, Robert Lee Camp and since then he became an Astrologer/Card reader and a Spiritual Teacher.

He now spends his time enriching others and living a life of freedom, travelling and teaching others to improve their lives. He offers nothing but time tested knowledge and techniques that could change your life for the better. He also spreads his knowledge through the internet.

He is fortunate to attract some of the world’s greatest Spiritual Masters and spent many years developing his knowledge and teaching in Singapore and Malaysia about the Ancient Science of Cards. He spent his training in US on the Cards of Destiny under his Grand Master, Robert Lee Camp.

He is committed in his mission of sharing the amazing Ancient Science of Cards and the Spiritual Principles of Life. He believes that one can achieve great success through increased Self-Awareness and carrying an Inner Space of possibilities. 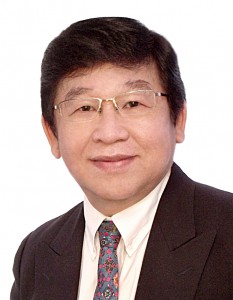 Spiritual Article 23rd May 2015What is consciousness?Consciousness is something abstract. To many of us,

My life has changed since 2006 as I have learned to live my life,

The Book of Destiny has been discovered!How would you like to have a reliable