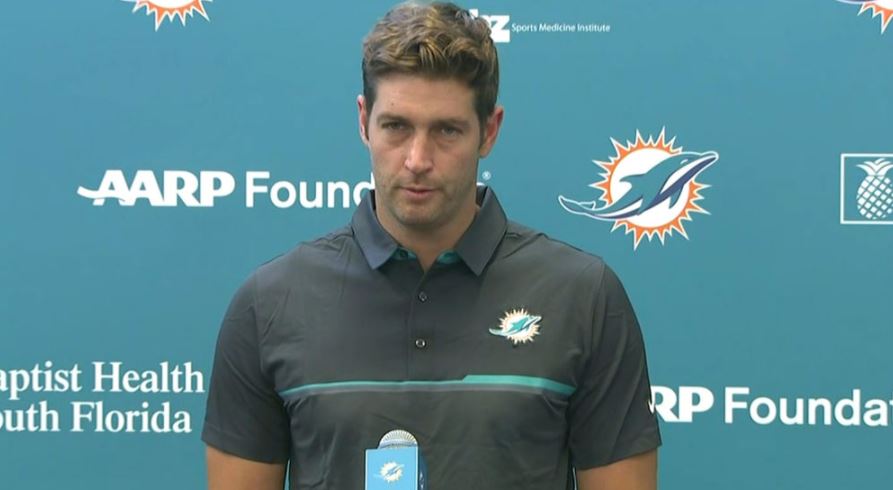 Jay Cutler officially unretired last week, signing a one-year, $10 million contract with the Miami Dolphins, who found themselves desperately searching for a replacement for the injured Ryan Tannehill.

Barring any freak incidents, Cutler will be the Dolphins starting quarterback for the remainder of the 2017-2018 season. That means EA had to scramble to put him in this year’s Madden NFL 18, and it looks like they did so with relative speed.

EA posted a blog detailing the ratings of the newly added Jay Cutler, and he’s actually not too bad! 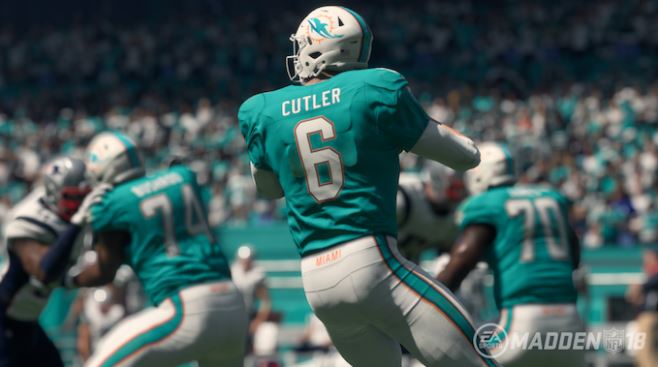 Cutler may not be the most appreciated quarterback in the league, but EA seems optimistic about the reuniting of the 34-year-old gunslinger with former Bears offensive coordinator Adam Gase (now head coach for the Dolphins).

“Okay, so maybe that isn’t the THE QB everyone was hoping for. But look, in reality, Cutler’s best years were with an Adam Gase offense, both in Denver and Chicago. Miami has enough talent around him that Cutler doesn’t have to gun-it-out every play.”

So how does Cutler compare to Tannehill?

While we don’t have specific ratings, EA notes that Cutler isn’t as agile or athletic as Tannehill (and he probably won’t have the speed either). Additionally, Cutler is rated lower in all forms of accuracy — Short, Mid, and Deep. The low accuracy is not unexpected given Cutler’s penchant for throwing interceptions, but lower deep accuracy than Tannehill? I don’t think I’ve ever seen Tannehill complete a pass longer than 40 yards.

That being said, Cutler does some amazing arm strength, and it shows in his Madden 18 rating. In fact, Jay Cutler has the second highest Throw Power rating in the game with 97 — second to only Matthew Stafford’s 98 Throw Power.

While it sounds as if Cutler’s overall may not be very high, he’ll certainly be able to get the ball down field. Although with how much accuracy remains to be seen. Still, it’s entirely possible that Cutler could see his Madden ratings improve if he puts together a string of solid performances for the Dolphins.

Hey, it could happen! And if not, it’ll sure be a hell of a lot of fun watching.

Check out the rest of the Miami Dolphins’ player ratings here.