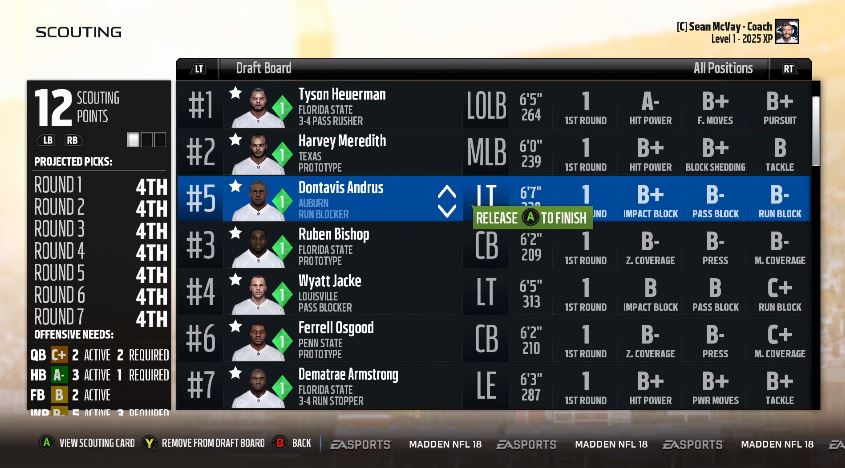 If you play Madden’s Connected Franchise Mode as religiously as me, then you’ll understand the importance of the offseason Draft and wanting to avoid potential busts (I’m looking at you Blake Bortles). Thankfully, a user on Reddit has already come out with his CFM Scouting Tool forMadden 18.

According to the creator, the Scouting Tool boasts new features and has been tuned to work with the current Madden 18 draft classes. That being said, the tool is still in a beta, but I’m sure it’ll be fine tuned as he continues to run tests and tweaks it accordingly.

“The tool is still quite “Beta” in terms of the Red/Blue chip tests for M18, as I’ve only had time to run about 6 classes through the tool. My advice is to err on the side of caution with red chip players in particular, and make greater use of the Grade/TVR column, particularly if you’re torn between two guys in your draft class.”

You can download the Madden 18 Draft Scout Tool Here.

Below are some Key Features for Madden 18’s CFM Draft Tool:

While not 100% guaranteed, the Scouting Tool does a fairly decent job of helping you avoid busts in the offseason draft, provided you follow all the advice.