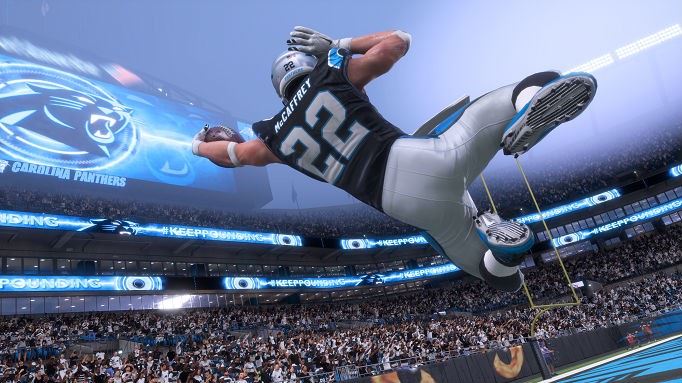 The key to running any great NFL organization is the ability to draft a successful core of talented youth. That’s no different in Madden NFL 18’s Connected Franchise Mode.

The draft is one of the most important moments of the CFM offseason, and like real life, it’s imperative that you prepare and do your due diligence during the actual season. This means paying attention to the news and looking for stories that could indicate the talent of an NFL prospect.

What Are Development Traits?

In Madden 18, there are 4 types of player development traits: Slow, Normal, Quick, Superstar. This impacts how quickly (or slowly) a player will earn experience and improve on a weekly basis for earning rewards and completing goals. Obviously, Superstar is the best.

Dynamic development traits are pre-determined for alld raft prospects at the start of the season when the class is first generated in Week 1. 90% of the prospects will have Normal Dev, while the other 10% will be either Slow, Quick, or Superstar.

It’s impossible to scout a player’s Dev trait, but you can use Draft Stories to help predict whether a player will be a Superstar, Quick or Slow dev. Some stories will change a player’s generated dev trait to a new value, while other stories offer an indicator as to what the player’s default trait is. Other stories don’t affect dynamic dev at all, and are used purely for pushing players up or down the Boards, or even just for context and improving the immersion of Connected Franchise Mode.

Draft Stories appear under League > News, and then under the Draft Stories filter you can select using RT/R2. Draft Stories randomly appear between weeks 1 and 14 of the Regular Season, plus the Heisman winner will be announced in Week 15. During SUper Bowl week, stories from the College All Star Game will be posted, and in the off-season, Week 2 of Free Agency is the NFL Scouting Combine week, and Week 3 of Free Agency is College Pro Days. There are also some final stories posted during the week of the NFL Draft.

Draft Stories and What They Mean for Dev Traits