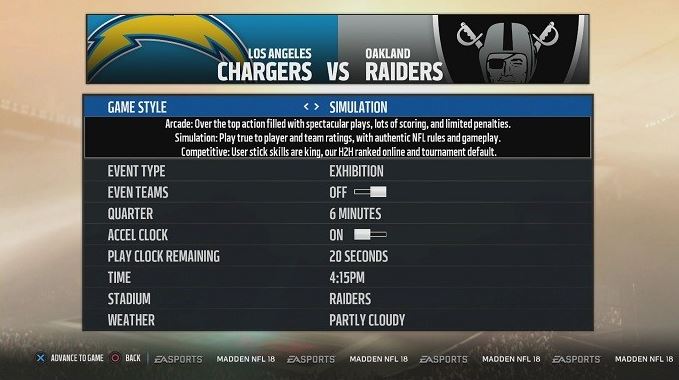 This year’s Madden NFL 18 boaststhree different game styles: Arcade, Simulation, and Competitive. Arcade is a high-octane version of Madden, while Competitive has more of a tournament feel to it. For those looking for the authentic NFL experience, you’ll want to play Simulation.

Simulation is the default style for connected franchise mode, and is true to player and team ratings and NFL rules. You can play Simulation mode on each difficulty: Rookie, Pro, All-Pro, and All-Madden. This game style includes all supported penalties, injuries, and other random outcomes, like those unexpected drops and fumbles. It is described as “the game mode for players that are fans of football and want to play a game that’s true to that form.”

With Madden 18’s Simulation game style, the players on your roster and the schemes you employ are critical to your team’s success. 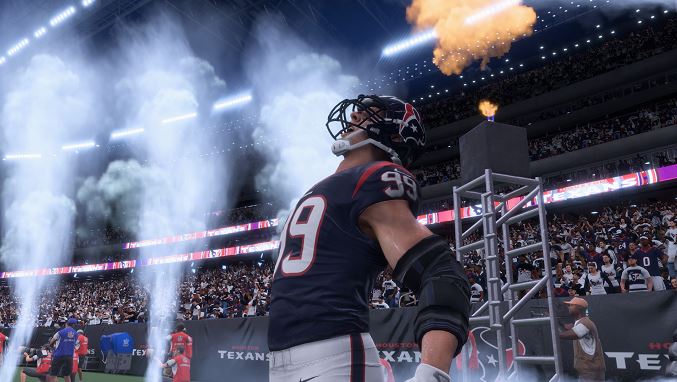 What’s it like to play with Madden NFL 18’s Simulation game style?

Madden NFL 18 is set for release on PS4 and Xbox One on August 25th. Hopefully we get some more in-depth details and raw gameplay footage in the coming days and weeks.