Can I make memes about coronavirus or funny jokes in the background of a global outbreak around the world? The epidemic of coronavirus in the last month made headlines all the world’s media. Despite the deadly threat, Internet users do not lose optimism, every day creating funny memes and coming up with funny jokes about the new virus. Humor does not protect against infection, but it certainly helps to deal with fear and anxiety, which are growing rapidly in society. We have collected the most relevant memes and jokes on the topic of coronavirus from users of social networks. 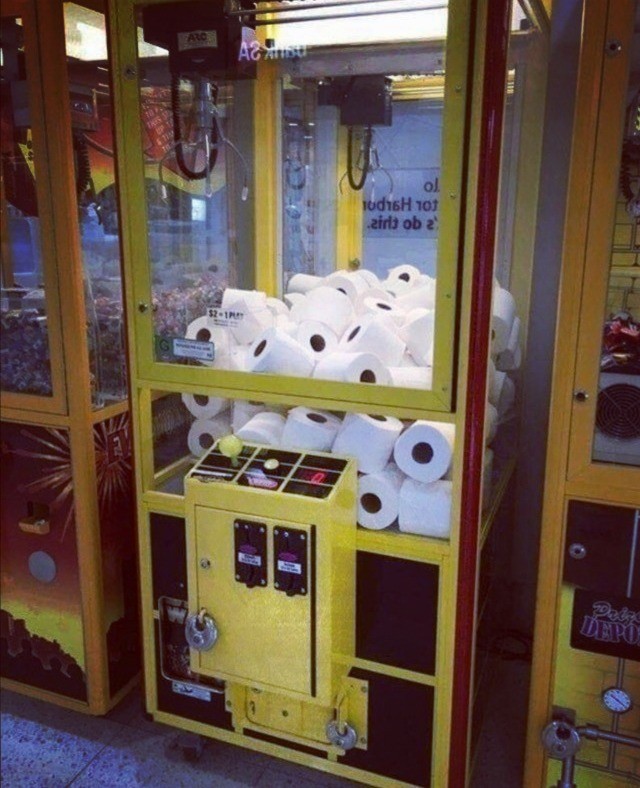 Funny jokes about the coronavirus and memes

After the first reports of the disease outbreak in China, one of the most discussed topics in Russia and other countries of the world, was the import of Chinese goods. Many were seriously concerned that the pathogen can enter the country together with parcels and large quantities of Chinese products. Especially appreciated by users joke about the parcel from Ali Express, which now cause many of panic. Many of the memes depicted people in chemical protection suits, which are sent in the mail for their orders.

Pretty quickly the doctors ruled out the possibility of infection of a dangerous disease through the parcel, which somewhat reduced the degree of concern of Internet users. 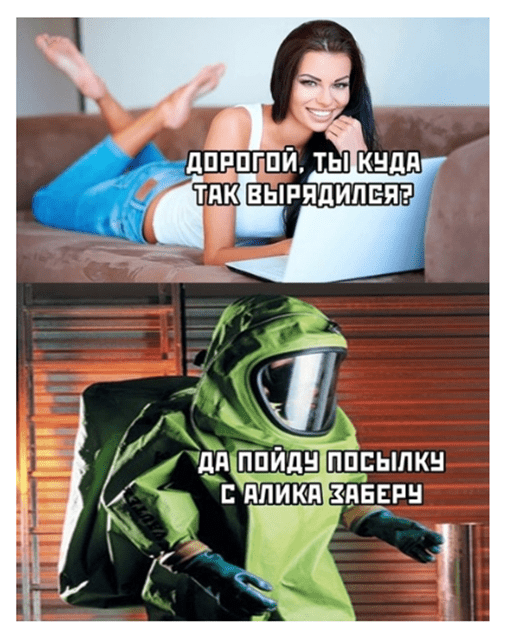 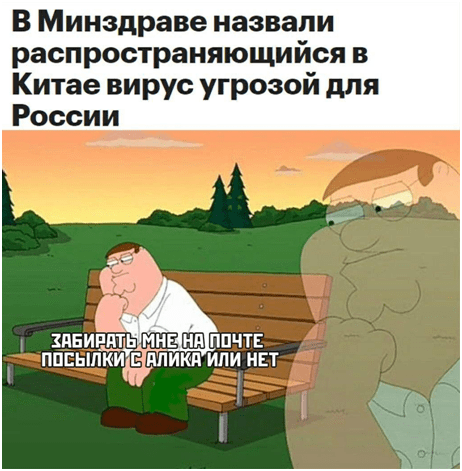 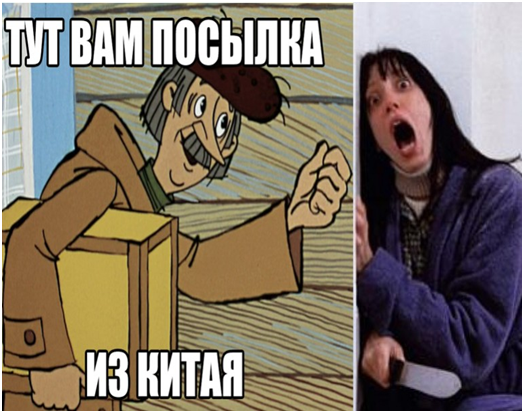 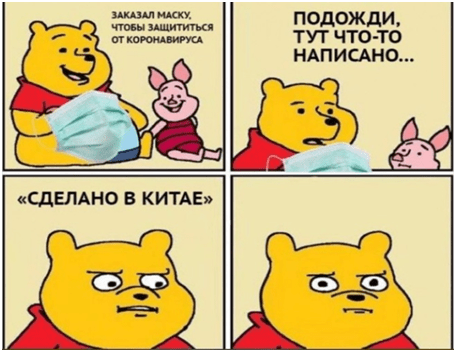 The news published by a European publication, that the causative agent of coronavirus dies from alcohol, has caused a new wave of jokes in Russia. Last week, the Russians joked that the virus is killed by contact with alcohol, they are not afraid of the epidemic in Russia will not be exact. This resulted in dozens of memes depicting people drinking. 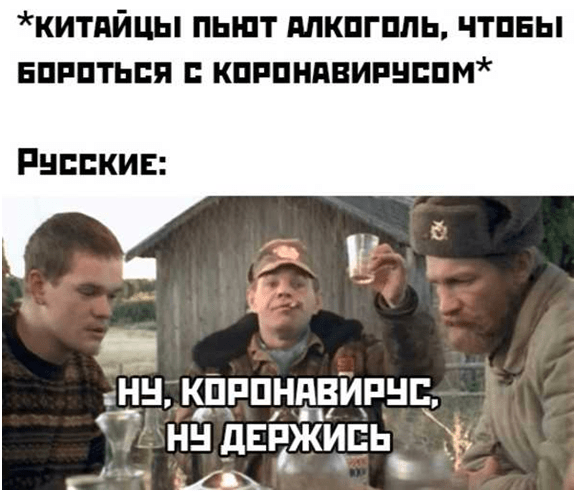 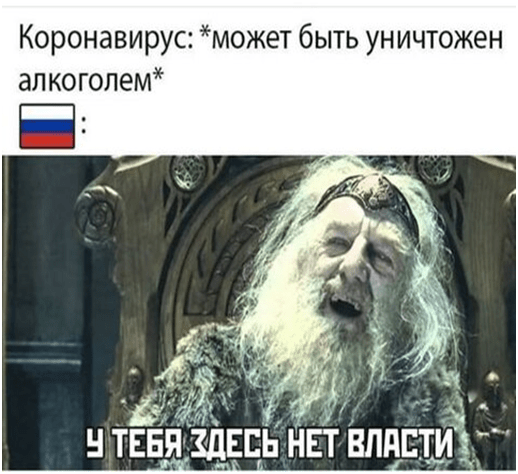 Another fertile ground for jokes were Russian artists who use their stage images of the crown. Under the distribution of Internet users got Philip Kirkorov, Nikolay Baskov, Sergey Zverev and other flamboyant public personality. The Russians joke that they have their own “corona-virus”. 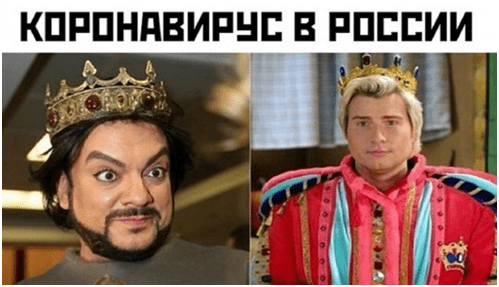 Because the epidemic started and spread in China, it is the people of this country most people consider to be a potential source of infection. Jokes on this subject can be attributed more to the black humor, but every day more and more memes portray people fleeing from the Chinese. Comedians are not spared and politicians, creating funny pictures about the sneezing of the President of the PRC.

Special attention netizens gave the news about the Moscow taxi drivers who refuse to carry the Chinese, but for double the payment ready to take any risk. Memes on this topic also quickly filled up thematic groups in social networks. 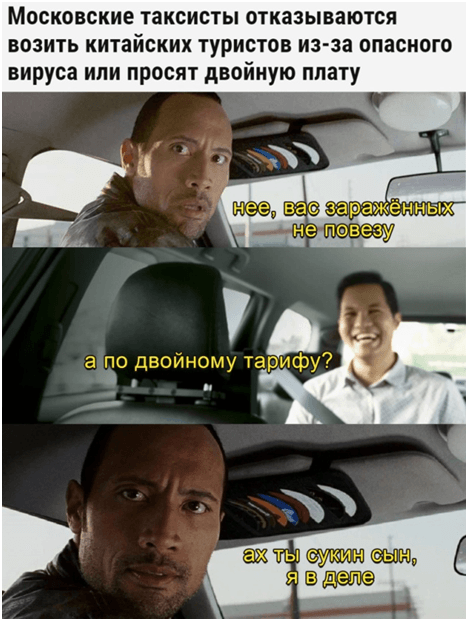 Great excitement was aroused by the topic of medical masks that doctors recommend to wear when visiting places of a mass congestion of people. In connection with deficiency of these protective devices in many regions, they came up with many jokes dedicated to improvised medical dressings. They made underwear, wipes, plastic bottles and other improvised means, which could not cause the irony of the others. Also experimented people and ways of their application. 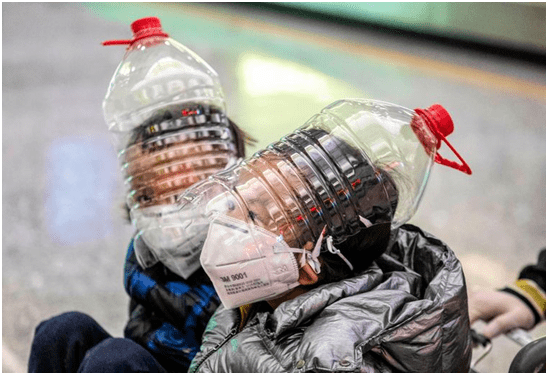 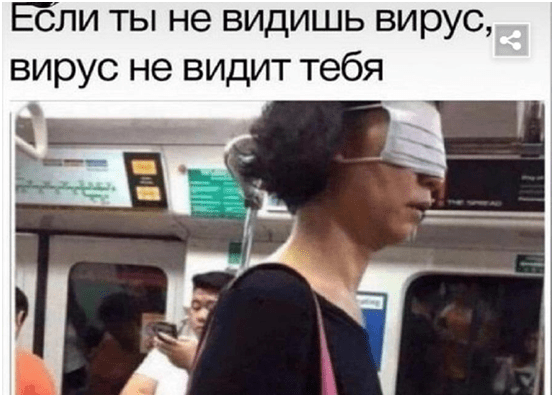 A separate series of jokes and memes devoted to the comparison of people in medical masks with a medieval plague doctors. They were famous scary masks with long noses resembling the beaks. Today, these masks are considered a symbol Veneciji and the annual carnival.

The main danger in the fashion industry today lies in the fact that a cure for this disease is still not invented. People caught the Soviet years, joking that there is a cure, but to “open” it, scientists can not alluding to the famous balm “Asterisk” or “gold star”. The fact that many people at that time were convinced of its miraculous curative and preventive powers. But it produced the means in a very awkward container, to which access was not easy. 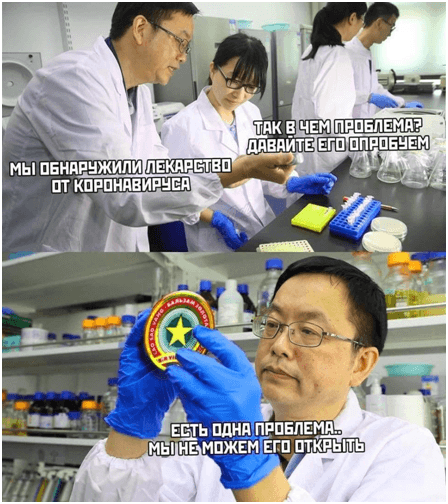 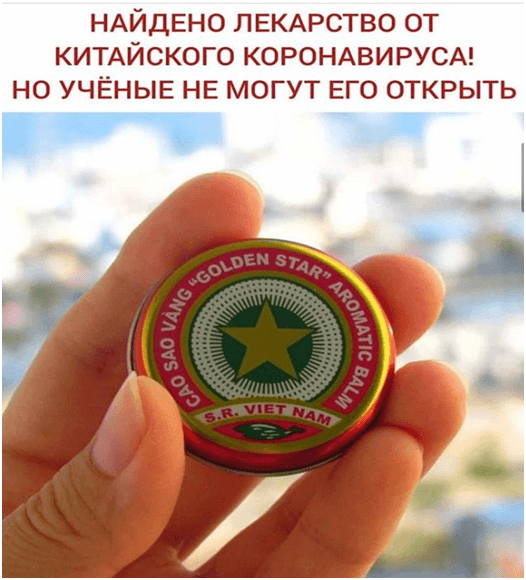 Can I make memes about the coronavirus and jokes?