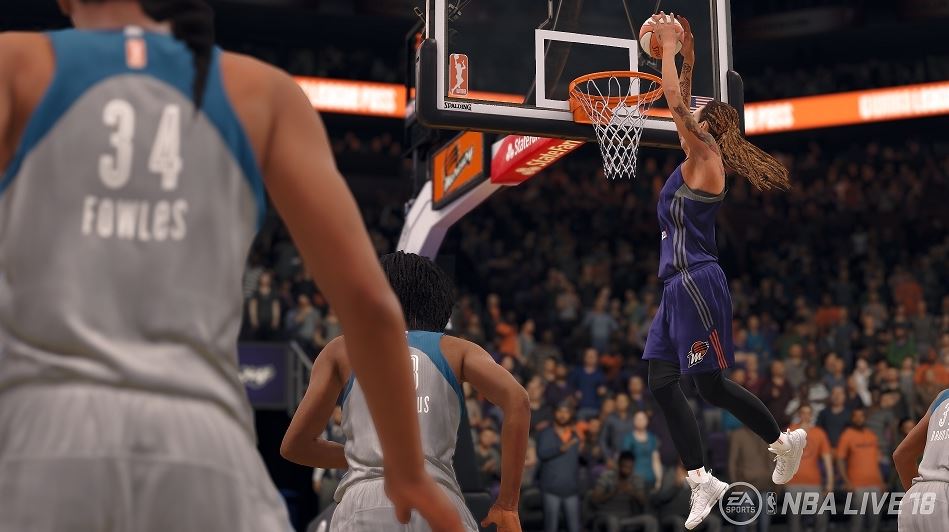 In an effort to appeal to all basketball fans, EA has announced that WNBA teams will be playable in NBA Live 18.

This is the first time the official WNBA’s roster of teams and players will appear in a video game.

It isn’t just cosmetic either. According to EA, the WNBA teams and players have been specifically balanced to reflect the unique playstyle of the league and skills of its players.

“We are extremely proud to partner with the WNBA and the Women’s National Basketball Players Association (WNBPA) on this groundbreaking occasion,” said NBA Live Executive Producer Sean O’Brien. “The WNBA is home to some of the most incredible athletes on the planet, and we’ve been working hard to integrate them into our game in an authentic and meaningful way. This is only a taste of what we have in store, and look forward to working with the league on more great integrations in the franchise in the future.”

It’s hard to imagine the addition of WNBA teams having a major impact on NBA Live sales; but, inclusivity is never a bad thing, and it’s great to see EA leading the charge with their sports titles.

How do you feel about the addition of WNBA teams in NBA Live 18? Do you think you’ll play as them?

NBA Live launches this September for Xbox One and PlayStation 4.

EA has revealed Team of the Week 48 for FIFA 17 Ultimate Team. This

EA Has revealed FIFA 17 Ultimate Team's Team of the Week for this week.