The more variety of functions offered by the software, should be supported by a capable hardware. That philosophy seems to be used by Samsung. The balance between hardware and software is essential in order to deliver an exceptional experience to its users. More recently, a new prototype from Samsung leaked again.

Photo two phones appears in the testing center. Special, at the top of the phone listed 3GB of RAM. It is highly believed that Samsung Mobile is trying Smartphone with hardware super, one of it which is the much RAM powered. 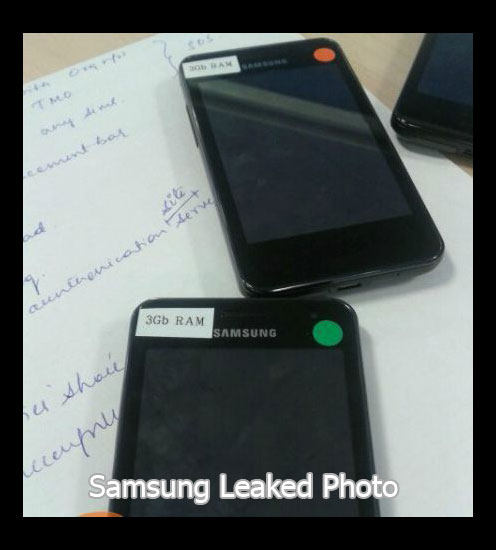 No more additional information about this phone, other than to figure out that the image that is being tested is the Samsung Galaxy S IV, although there is mention also is the latest generation of the Galaxy Nexus. If this is true, of course, a fresh breeze for Android users who increasingly feel less have a phone with 1GB of RAM 2GB even used in the Galaxy S III. There are currently no comments from Samsung regarding this leaked information.