After leaking online, EA has released an official, high-quality gameplay trailer forStar Wars: Battlefront 2‘s Starfighter Assault mode. It’s worth noting that what you are seeing below is not actual gameplay, but was captured from the in-game engine.

The trailer shows off the game’s space battles, one of the most anticipated elements of the sequel, and hints at characters like Poe Dameron and even Yoda making an appearance! Will these iconic heroes have special flying abilities? We’ll have to wait and see as details for Starfighter Assault will likely be shared during EA’s actualGamescom 2017 livestreamon August 21st at 9:30am PT.

EA teases: “Teams will face off in a swirling dogfight in the Fondor: Imperial Shipyard map, weaving around an Imperial Star Destroyer complete with speedy fighters, thundering bombers, distinct hero ships, and more. Will the brave pilots of the Rebel Alliance triumph against the Imperial Navy, or will the intrepid aces of the Galactic Empire foil the insurgents’ plans?”

Fondor: Imperial Shipyard will join the Theed Galactic Assault map in the beta, which begins October 6th, or October 4th if you’ve pre-ordered. 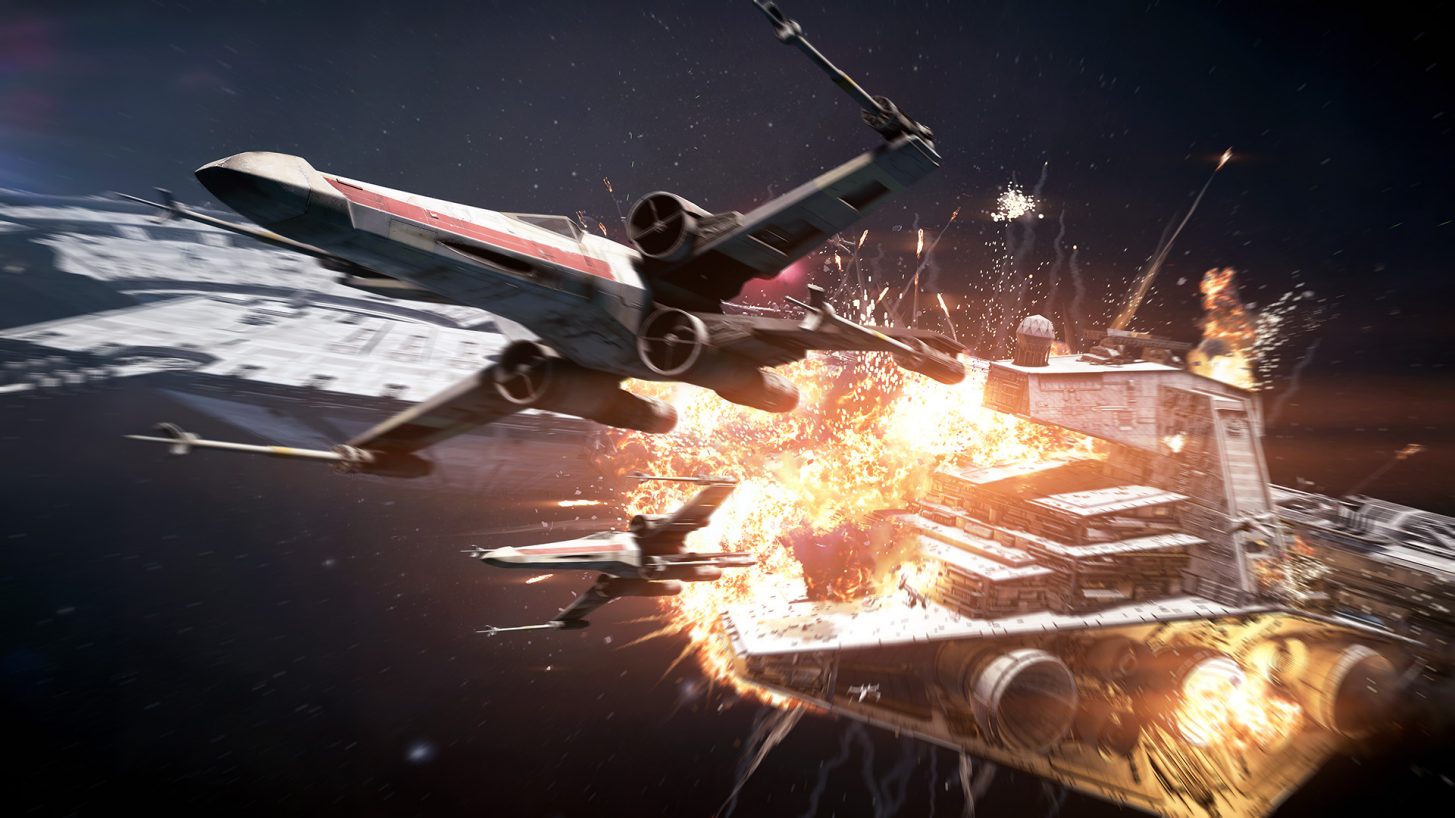