Ghost stories and paranormal activities have long been abundant in areas where great suffering and loss of life have occured. For this reason, it’s no surprise that of the thousands of ghostly encounters reported in the state of Virgina every year, hundreds are from civil war battlegrounds. This seems to be the case in Manassas, Virginia, where ghosts of fallen Civil war soldiers have chosen to take refuge in what is now known as The Stone House.

The house, which is one of only three intact civil war structures left in the area, was once a wagon stop. In the late 1850’s, the railroad came in, and by the time the war broke out, the confederate army took over, using the home and surrounding land as a prison camp.
Some 20,000 union and confederate soldiers fell during the war; many were left, injured and dying in the fields, suffering for days from injuries and lack of water. As fighting worsened, the house was turned into a make-shift hospital for the critically wounded and dying. Some accounts claim that there was only one surgeon available, and both he and the other soldiers who were able worked around the clock, tending to the injured, often in vain.

Hundreds of soldiers were brought to The Stone House for treatment, but one name has been repeatedly credited for haunting the historic site. On August 30, 1862, Private Eugene Greer and Private Charles Brehm suffered injuries and were relocated to The Stone House. They made their way to the upstairs room, in which they carved their names into the floorboards. Their carvings, EP GE, and Brehm Aug 30, can still be seen to this day. While Brehm made a full recovery, Greer died on September 30, 1862. He was only 17 years old.

Since his death, strange happenings have been reported at The Stone House. People have heard footsteps walking around in the completely empty house. A park ranger who fell asleep claims that his glasses were knocked off of his head by an unseen force. Many visitors have seen a young man, dressed in civil war attire, pacing back and forth in the windows of the upstairs room. There have been numerous accounts of claims that the face of a young man appears in the upstairs window. Pictures that were taken and later developed often reveal whisps of mist which form in the shape of a human before disappearing entirely. Moans and crying can still be heard from the downstairs rooms, even when the home is empty.

Is Private Eugene Greer’s ghost haunting The Stone House? It’s a possibility. Perhaps his ghost is unable to move on from the area where his life was cut tragically short. Some tend to argue that the house is haunted by the many confederate and union soldiers, who stand guard, protecting the house from the opposing army’s invaders. There are plenty of speculations, enough so to keep a visitor wondering if they’re really alone, or if the dead walk amongst them in between the walls of The Stone House. 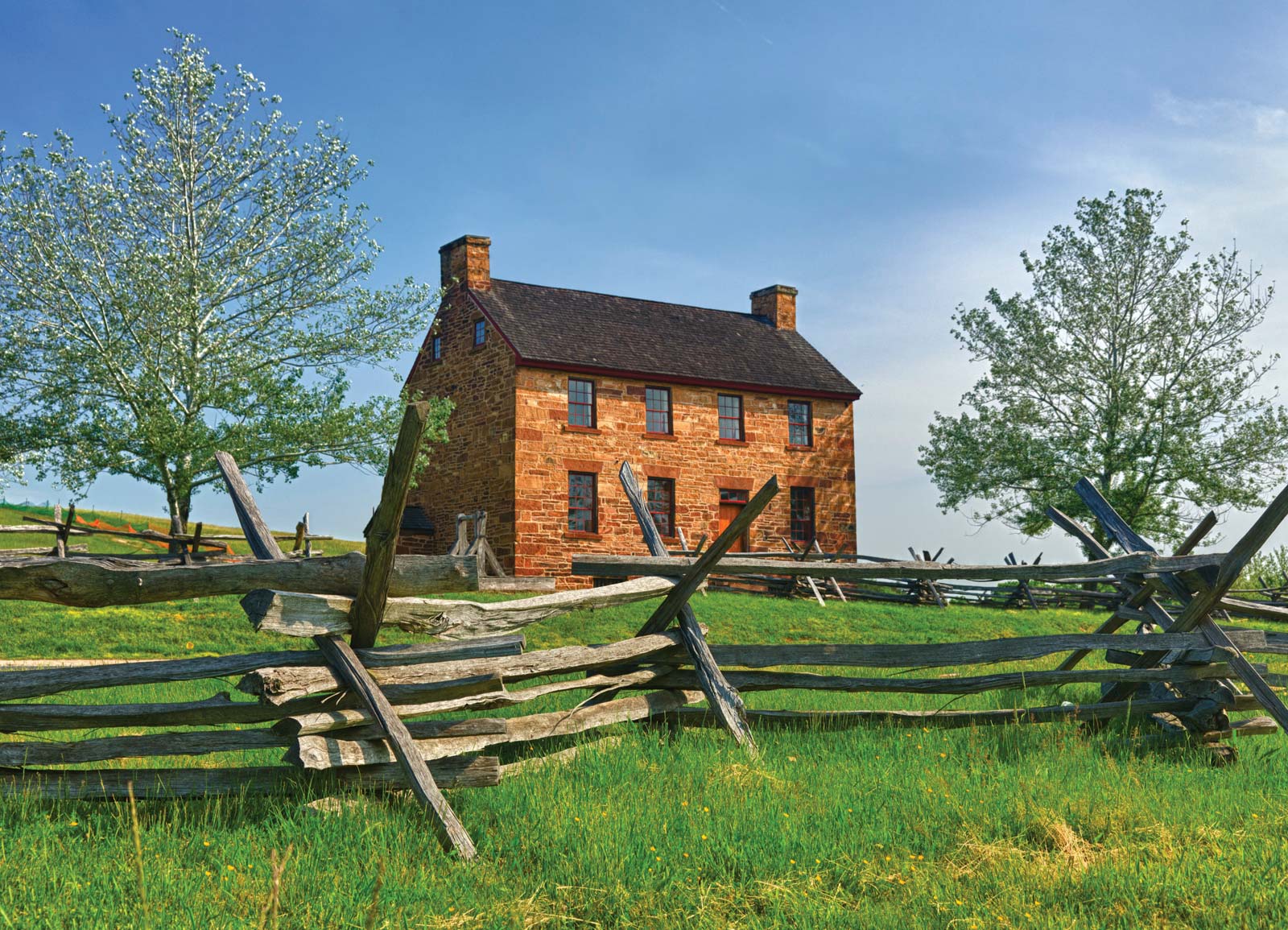