Located in Henderson County there is a house well known to the locals as the John Drew house. Once it was a happy home for a few mountain families. But for years the house has gone unoccupied and it’s probably for the best. It’s outward appearance now matching the interior and the creepy events that may still take place within it’s walls.

The house was built with a long “L” shape at the back that housed the kitchen, pantry and servants quarters. The dining room was in the main portion of the house and was connected to the “L” via a doorway. Later on, the dining room was converted to a living room. It is after this conversion that the strangeness began for Mr. John Drew. One night, as he enjoyed a book by a blazing fire, the midnight freight train came roaring by. As the train rushed into the night, the door leading to the “L” swung open. Slowly, but with enough force that John Drew half expected to see someone on the other side. All he saw was darkness.

What initially puzzled John soon turned his blood to ice in his veins as every night after the door swung open exactly on the stroke of midnight. And as if obsessed, John would sit by the fire every night staring at the door until it opened revealing nothing but pitch black. John’s wife Harriett begged her husband to board up the door. But John knew that whatever was opening that door was coming through it and would not be stopped by wood or nails. As he put it to her “When the time comes, it will be here, door or no door”.

The story of the door got out to the locals of Hendersonville who thought nothing of it and probably attributed it to John and Harriett just looking for attention. As time passed, so did John. Whether he found the answer to what was opening the door, we’ll never know. But eventually another family moved into the Drew house. They knew nothing of the stories.. at first. But it wasn’t long before whatever it was paid them a visit.

The new owner of the house, a man named Jones, was sitting in the living room enjoying the fire from the fireplace when the whistle from the train blasted through the night air. His clock struck midnight and as if on cue, the door swung open. It quite puzzled the man, as it had John Drew before him. But Jones heard something John had not, or at least failed to mention. Jones heard what he described as a ‘weird little chuckle’ coming from the unoccupied room.

Soon, the stories of the house with the opening door once again started around town. They attracted an engineer who had just moved to town. He gathered other engineers and they decided to solve the mystery themselves. Having permission of the owners, they came night after night to see the door open by itself. The door never disappointed as it always open exactly on the stroke of midnight.

The engineers deduced that the door was opening due to the house being built on the same rock bed as the train and as the train rolls by it vibrates the rock bed which causes the door to vibrate and open. The engineers were certain that this was the cause and it satisfied the owners who considered the case closed. Until one night when Mr. Jones and his son were sitting in the room when midnight approached. The blast of the train whistle was absent. Something had caused the train to be late. Yet, when the clock struck midnight, the door opened. The opening door was again a mystery.

The family moved out that next day never to set foot in the house again. The house grows old as it sits empty on Salola mountain. I assume the door still opens every night when the clock strikes midnight. 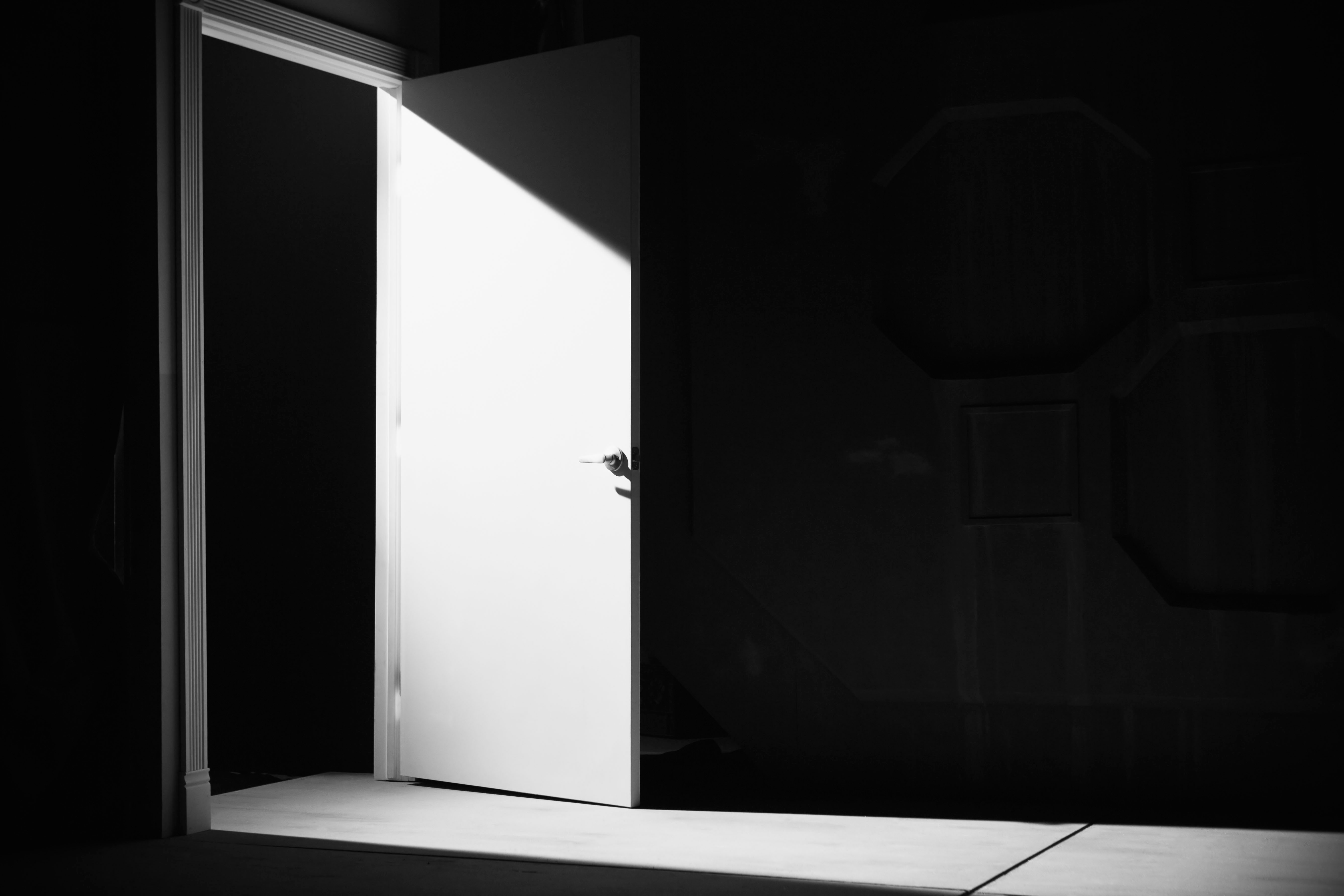