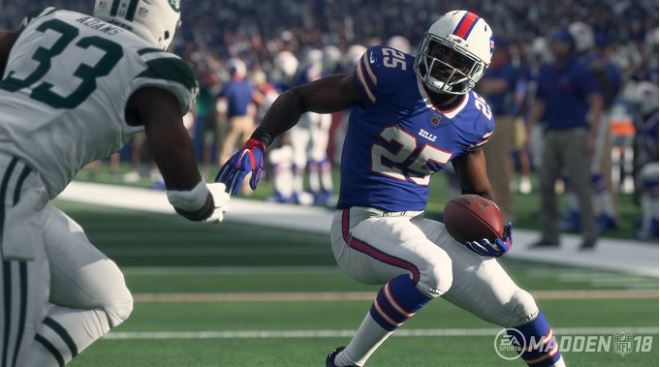 It’s hard to believe that in just three weeks Madden NFL 18 will be released, and we have yet to see any actual gameplay. Well, at least gameplay that’s not in the form ofan edited trailer.

With Madden NFL 18 making the switch over to EA’s Frostbite Engine, fans are understandably concerned by the lack of raw gameplay footage. EA maintains the lack of gameplay is a result of a focus on Madden’s new Longshot story mode — although we haven’t really seen or heard much of that aside from the initial trailer either.

So how much longer will fans have to wait to see actual Madden NFL 18 gameplay footage?

According to Creative Director Rex Dickson, one more week.

Dickson added that the gameplay shown will be representative of the “final” build of the game, which is due out on August 25th.

We have a great group of creators here capturing NOW and the footage will be released SOON! #Madden18 https://t.co/xvdsVCiu4F

Despite EA’s assurances that Madden NFL 18’s gameplay is “great,” it’s understandable why fans are approaching this year’s version with caution. The fact that Madden 18 is running on a new game engine, it’s easy to see how some could jump to a conclusion that EA is hiding something.

Hopefully Madden NFL 18’s gameplay speaks for itself when its released some time next week, and all of our worried minds will be put at ease.

In the meantime, you canread up on all the latest Madden NFL 18 news here.