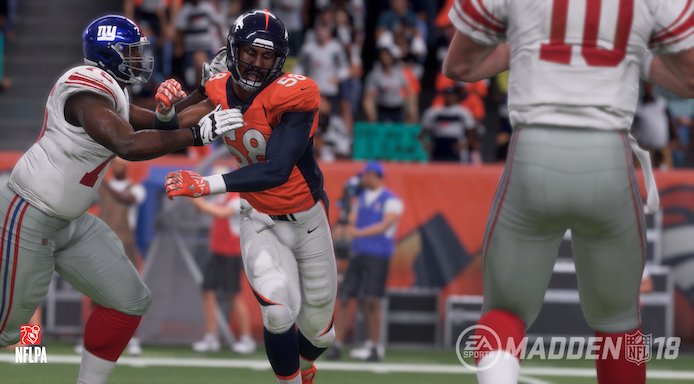 Week six of the NFL kicks off tonight with a Thursday Night matchup between the Carolina Panthers and Philadelphia Eagles. That means you can play along with Madden NFL 18’s Play Now Live mode. In fact, you can now play the entire week of NFL matchups in Madden NFL 18.

Here are the Play Now Live events for Week 6: