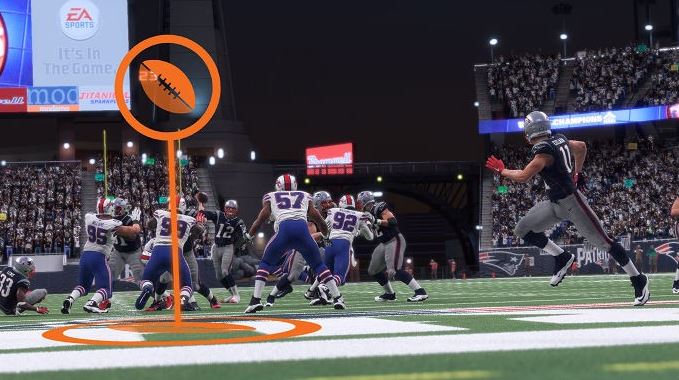 EA is flooding the internet withMadden NFL 18news, fully detailing and explaining all the new features and mechanics coming to the game. Today, the developer broke down the new Madden 18 “Target Passing” mechanic.

“NFL quarterbacks like Tom Brady have an uncanny ability to throw with precision. The Target Passing feature gives users that same ability with an advanced mechanic that simulates that control with a graphical target. Users can finally see their intended passing target while placing it anywhere on the field,” EA said.

With Target Passing, you’ll be able to actually place the ball in the most advantageous place for your receiver. In theory, the better you are at utilizing the Target Passing mechanic, the more efficient and tactical you’ll be at picking apart the defensive coverage.

While therecent gameplay trailerhighlighted this mechanic in action, here’s a more detailed breakdown:

How to Use Madden NFL 18’s Target Passing Mechanic:

Note: Now that Target Passing is on LT/L2, low pass controls have changed. You now hold LB/L1 to activate the high low modifier, and push LS up or down to throw high or low.

Madden NFL 18 will release on August 25 on PS4 and Xbox One.