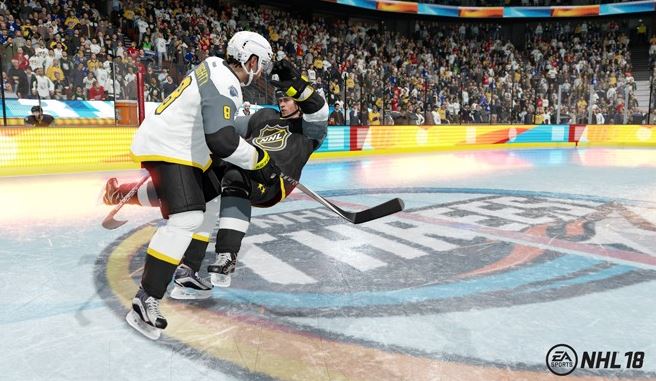 The NHL 18 beta has been opened up to all Xbox One and PS4 owners, regardless of whether or not you have pre-ordered the game.

The beta will be live until August 8th and will feature three playable modes:EA Sports Hockey League, NHL Threes, and Online Versus.

NHL 18’s EA Sports Hockey League (EASHL) brings authentic NHL 3-on-3 overtime to the franchise. In this mode you can play 3-on-3 full matches, opening up more ice for you to get creative and pull off big plays.

NHL Threes, meanwhile, is a new 3-on-3 hockey experience with “bigger hits, faster action, bigger plays, beautiful dangles and more goals.” This mode is inspired by “fun, pick-up-and-play arcade sports games.” There’s no offsides, no icing, and every penalty rewards you with a penalty shot. There will be a Threes Campaign in NHL 18, but the beta only gives us a taste of online or offline, co-op or compettive.

EA is readying to unveil the official NHL 18 Player Ratings, but before they

EA has begun to lift the curtain on player overall ratings for NHL 18,
Ghosts of the Civil War beg for mercy in a swamp where over fifty