Ottawa is the capital of Canada. It is situated on the south bank of the Ottawa River. The 2011 registration reported a population of around 883,391 inside the city, making it the fourth-biggest city in Canada. Set up in the year 1826 and fused as Ottawa in 1855, the city has advanced into a political and technological focal point of Canada. Its unique boundaries were extended through various minor extensions and were eventually supplanted by another city joining and major amalgamation in 2001 which essentially expanded its territory region. Being the capital of the country, it is one of the most prominent and exciting cities to visit. The city provides you with the finest restaurants, hotels, adventure sports, attractions and many things to check out in this part of Canada. 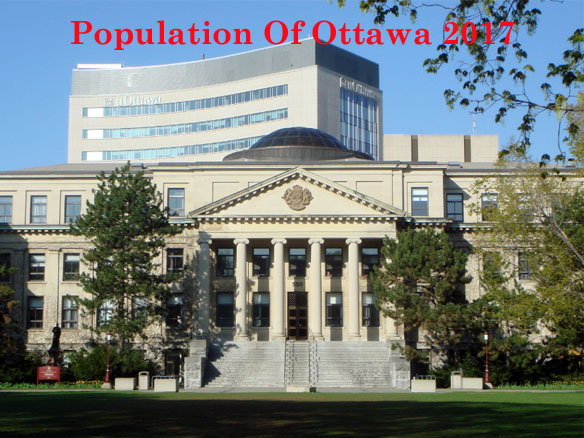 The city has a population evaluated at 985,000 in 2014. In 2001, the Province of Ontario broke up the previous City of Ottawa by consolidating it with 11 different regions to make a new city of Ottawa.

Ottawa was initial an Irish and French settlement, however it is presently has an exceptionally diverse population. Around 24% of the people living are foreign born inhabitants. Minority groups or non-European whites, represent 23.7% of the population. 65% of the its population belongs to a Christian category, the most well-known of which is Roman Catholicism at 38%, trailed by Anglicanism (6.5%), United Church (6.2%), Christian Orthodox (2%), Baptist (1.2%), Presbyterianism (1.5%) and Pentacostal (1.1%). The following biggest religion is Islam at 6.7%, trailed by Hinduism (1.4%), Judaism (1.2%) and Buddhism (1.3%).

POPULATION DENSITY AND GROWTH OF OTTAWA:

Ottawa has a population density of 317 people per square kilometer. Since the 1980s, around seventy five percent of the city’s growth has been credited to relocation from different urban areas and in addition foreign migration. The Ottawa metropolitan zone has currently outpaced the national average growth rate for over 7 years. It grew more than 9% from the year 2006 to 2011, surpassing the national average of 5.9%. Ottawa is right now preparing itself for a populace boom outside of the Greenbelt, which is somehow going to grow from 291,000 now to 432,000 by the year of 2031.