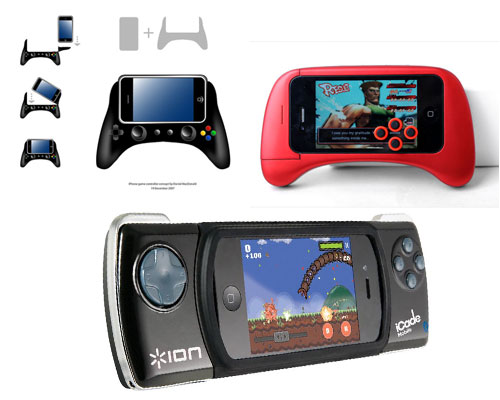 Apple officially announced the first dual analog controller supported by Gameloft. This new product allows owners of iPad and iPhone to play the game using a stick controller that is equipped with a digital pad and control buttons.

The device output accessories Gameloft supports several game titles such as NOVA, Order and Chaos Online, Modern Combat 3, Brothers in Arms 2 and Asphalt 7. In the future, this device can support more and more games, including the kind of first person shooter (FPS).

Although a number of games on the iPhone and the iPad works perfectly with touch screen control, but some games require special input to assist and enable gamers to control shooting shots. This is specific to the type of first person shooter games.

Glance, the arrangement of buttons and the navigation is similar to the PlayStation controller stick. Priced at $ 70, shoppers can get a dual analog controller, including stand the iPad or iPhone.

Gameloft is a video game developer headquartered in France. The company established since 1999 is to focus on creating games for mobile phones, smartphones and tablet computers that have a system of Java, BREW, Symbian OS, iOS, Android, Windows Phone and Bada OS.